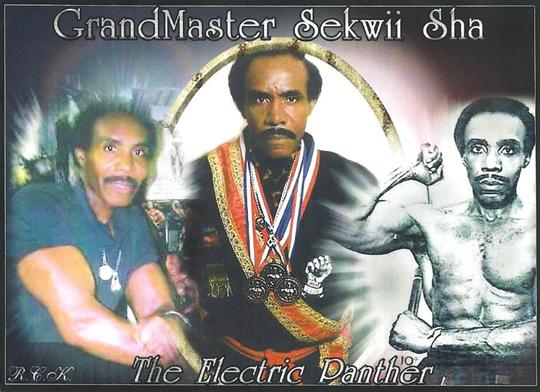 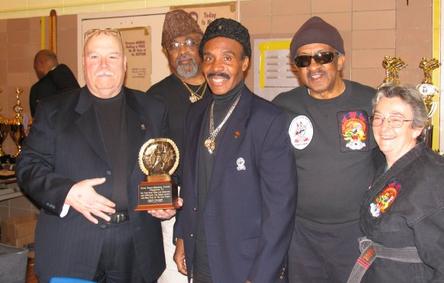 Founder of the Institute of Self-Defense Arts and Physical Culture, 1970

Founder of Shanando System of Martial Arts in America, 1982

Inducted into the Martial Arts Afro-American Hall of Fame, 1991

Honored by Harlem Goju Association, The Original Masters of the Martial Arts World,  2009

Martial arts tournament judge/referee in the U.S. and internationally, 1982- present

Chief Security Officer for the (Gheez) Ethiopian Embassy in America, 1969

Graduate of the National Institute and The College of Physical Therapy and Swedish Message, Chicago, Illinois, 1960

Primary language - English, with knowledge of Spanish, Hebrew, and Japanese

Senior staff member of the United Sons of Goju International, Brotherhood of the Knights of the Crimson "G"

Inspector General, Board of Promotions, under Peter Urban

Other Points of Note

Appeared on "Like It Is", the Gil Noble Show, for ABC Television 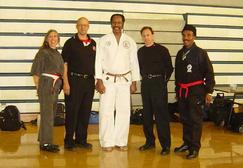 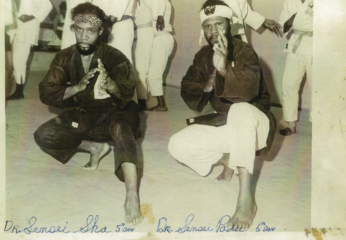 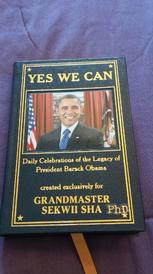 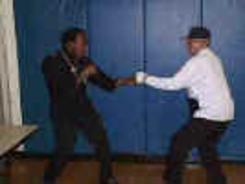 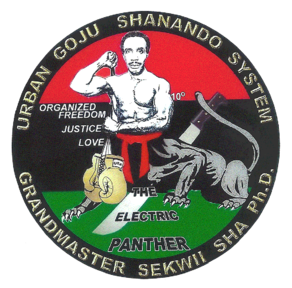 His first weights were made from cans filled with rocks and cement attached to a pipe.

Sensei Sha enjoyed doing things involving endurance and stamina, and became
known for his athletic ability and strength. He was introduced to boxing at the age of twelve,
began diligent training, and developed into a promising boxer.
Everything in his life was geared toward physical fitness, proper diet and no habits
like smoking or drinking. Sensei Sha ate and slept boxing.

​Even though Sensei Sha's amateur boxing record was outstanding, he was very anxious to turn professional. He was so anxious that he turned down an invitation to the 1956 Olympic games in Melbourne, Australia.
Training with such pros as Sandy Saddler, Sugar Ray Robinson, and Johnny Saxon at Wiley's Gym, and the Uptown Gym over the Apollo was a thrilling adventure. Although his fighting was going well, it wasn't moving fast enough for Sensei Sha. His aim was to start his own business and make money. He entered the National Institute in Chicago for physical therapy, and in three years, graduated with a degree in Physical Therapy and Swedish Massage.
Possessing a spiritual nature, Sensei Sha joined the Hebrew Order of the Melchisedek: Black Hebrews from the tribe of Judah tracing true history to the Axumite Empire in Ethiopia.
This is when Sensei Sha first became interested in the study of the martial arts. In 1961 he began training with Sensei Peter Urban, Founder and Grand-Master of American Goju Karate.
Maestro Urban became Sensei Sha's mentor, and through his dedication and intense training, was able to progress quickly. He went from white belt to brown belt, skipping the yellow, green and purple belts, and a year later, he was promoted to black belt. Four years later he earned his fourth degree, and after more years of diligent study, he earned his eighth degree. Sensei Sha's current status is Tenth Dan, Grand-Master - Shanando Ryu.
In the 1960's Sensei opened his first school in South Ozone Park, New York,  called "Sha's Karate Studio Dojo". Sensei Sha's zeal for perfection and his dedication to karate carried over to his teaching. He became a taskmaster, wanting and striving for only the best for his students.

Return to the top of the page

as the Ombudsman for his

USA Goju Karate "Fight Schools Network".
​An Ombudsman is one who resolves complaints and problems 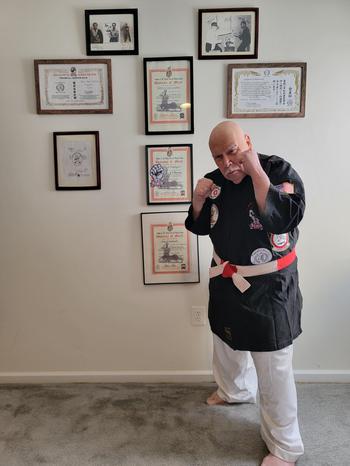 ​​Attention:
To: All Urban Goju and their cognates aka U.S.A.Goju organizations and affiliates
Let It be known that Grand Master Peter G. Urban’s last will and testament clearly states that Nemo *Meaning* (NO ONE) will be named as Head of all Goju systems as his replacement, because there can be no replacement. He has placed his finest students in the position to govern their own selves, schools and organizations. What he has done is given Instruction for all the appointed leaders of the Goju regions to form a congress to address cohesiveness in ensuring that his mandatory 10 kata be taught specifically as he instructed leaving all other forms and techniques to be determined by heads of Individual schools. If any question remains in doubt as to what parameters that a U.S.A.Goju school is permitted, Grand Master Sekwii Sha is the appointed ombudsman to the system and all concerns should be brought to his attention and his decision is final. To Sensei Sha's credentials, he was the first African American In the country to be awarded Black Belter and Sensei by Master Urban and has been a devoted disciple and friend  through out there lives since their Introduction to one another at the age of 24, and that was in the early 60s.
Respectfully,
Grand Master Sekwii Sha, 10th Dan
Founder of ShaNanDo Goju RyuType your paragraph here.

Doctor Sekwii Sha was born to parents who emigrated from the Netherlands Antilles, Dutch West Indies.
With over 45 years of martial arts training, he is renown as an expert in martial arts choreography for film and stage. He is well respected as a teacher if empty-hand and weapons fighting and is sought out as a self-defense conflict avoidance consultant.  Doctor Sha is a personal disciple of Grandmaster Peter Urban.
Sha also has 35 years of experience word wide in massage, physical therapy, and personal fitness training.
One of seven children, he found a role model in his oldest brother Shim, who was a bodybuilder. His brother's influence started him training at the age of eight. He started with push-ups, sit-ups and chin-ups on anything from pipes to trees and doorways. 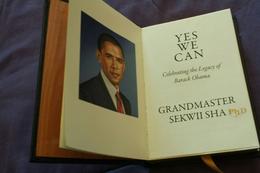 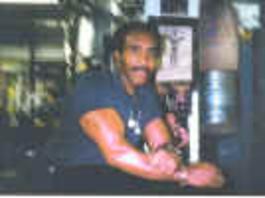