Some of Peter Urban's Favorite Recognitions and Awards

On January 4, 1999, Grand Master Florendo M. Visitacion, one of the last living legends passed on.

He exemplified both greatness and humility in his teachings of the Martial Arts. In keeping with that tradition, the World Headquarters held an awards banquet dinner to honor twelve "Teachers of Teachers" who kept those ideals, with the Keeper's of the Torch Award.

During his acceptance of the beautiful gold medallion and hand signed certificate, Kyoshi Price offered Maestro's sincere thanks to Professor David James and the Vee Arnis-Jujitsu Organization for this note worthy recognition. 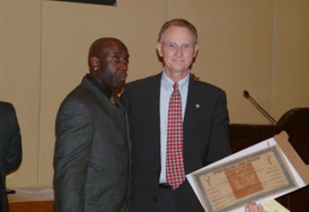 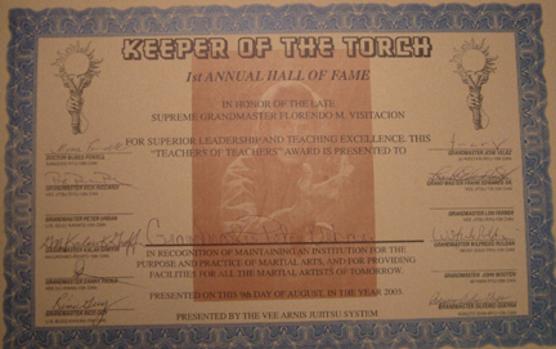 IN HONOR OF THE LATE
SUPREME GRANDMASTER FLORENDO M. VISITACION 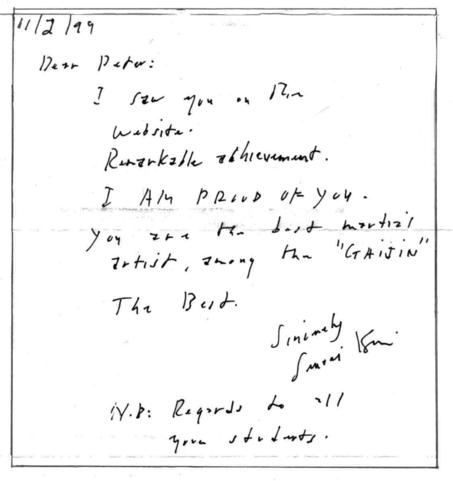 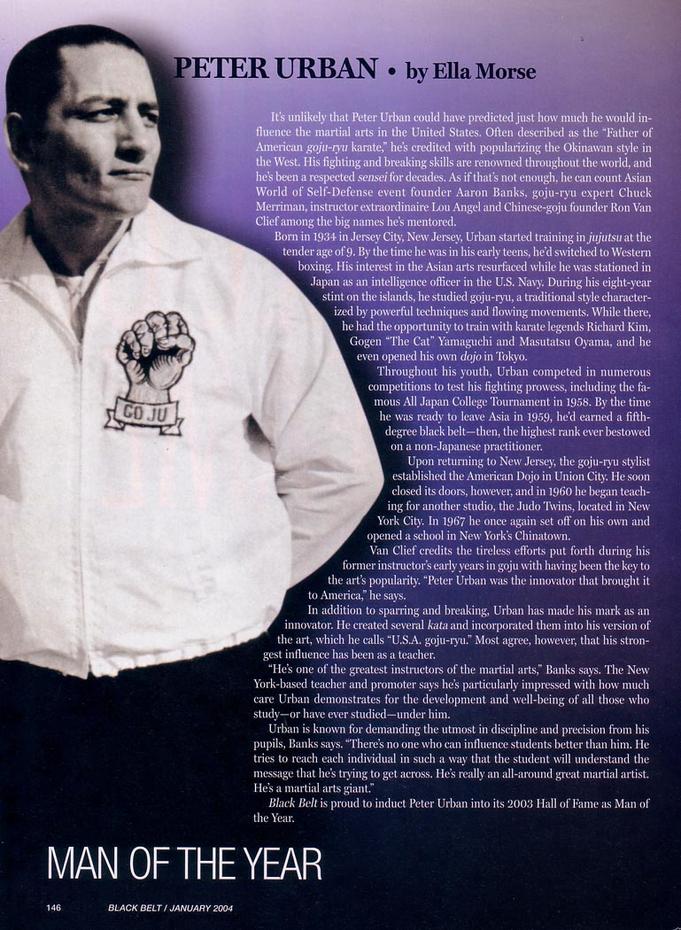 11/2/99
"Dear Peter, I saw you on your web site.
Remarkable achievement.
I am proud of you.
You are the best martial artist, among the "Gaijin", The Best.
Sincerely, Sensei Kim
P.S. regards to all your students."

Professor Richard Kim, Maestro Urban's mentor since the age of 18,
and to whom Maestro dedicated his 1st and greatest book: "The Karate Dojo"