Sensei Neglia has received several awards since he began competing that has proven he made the right decision. A three-time world kickboxing champion, former U.S. full-contact karate champion, and "Fighter of the Year", Sensei was also introduced into the Karate Hall of Fame. No opponent has lasted more than three rounds against him since he won his first world championship, defeating John "Cyclone" Flood with a roundhouse kick that sent Flood to the mat in the third round.

"That fight was a career highlight", recalls Sensei Neglia. "It was the culmination of years of hard work and a dream come true".

The eight-degree black belt retired from competition with a career record of 34-2. Now he spends most of his free time teaching the benefits of kickboxing as a total mind and body fitness at his Martial Arts Academy in Brooklyn, New York, and promoting up-and-coming athletes in the sport. He has also starred in four motion pictures ("A Hard Way to Die", "Sun Dragon", "Fist of Fear", and "One Down, Two to Go") and has appeared on numerous television and radio shows. Sensei Neglia teaches kickboxing, Jiu Jitsu, and karate at his dojo. His Martial Arts Academy has the largest student enrollment on the East Coast and his students have won numerous championship titles.

One of the top promoters in the United States, Sensei Neglia will continue to raise the level of martial arts awareness to equal that of other professional sports. Sensei’s promotional efforts will concentrate on kickboxing, Muay Thai and grappling bouts in New York, New Jersey, and Connecticut in 2003.

"I’m confident we will achieve our goals by promoting these events a major venues with key partners", Sensei said. 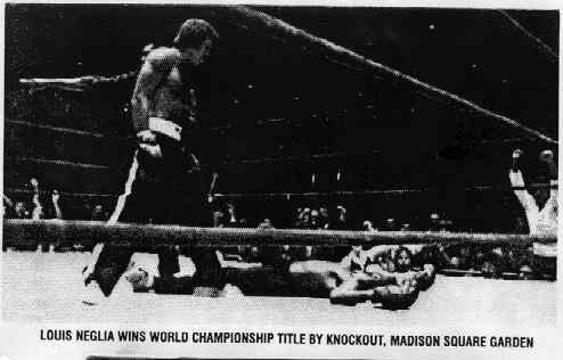 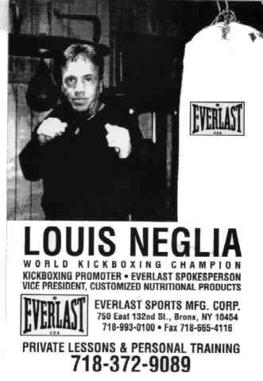