"Our living Webmaster, Sensei James Price "Ol' Reliable" of Gojulandia South has a lifetime tenure and appointment by me. In short he will always be what I call "An Untouchable" when it comes to the internet and URBAN GOJUDO website".

karate practioners do. He quit.

​In a short period of time, Sensei Price started looking for a karate class where he could renew his training, because he missed the fascination of the martial arts and that wonderful feeling that his rigorous karate training gave him.

In 1979, and at the age of 35, Sensei Price finds USA Goju Karate. The teacher was a high ranking brown belt named Joe Kelljchian, and his first dojo was in the gym at Piper High School in Fort Lauderdale. Sensei Kelljchian was a student of Master Joseph Hess, a World Champion Kick Boxer and a USA Goju Karate Master. [Today, Grand Master Kelljchian is the founder and leader of the very large and successful USAGF (United States of America Goju Federation) headquartered in the Davie, Cooper City area of South Florida.]

On the first night of class, Sensei Price removed his Chito Ryu green belt, and began his USA Goju training as a new white belt.
“Everyone starts at the bottom”.

During the next 17 years of training two and three nights a weeks (not counting the participation in seminars and demonstrations), Sensei Price moved from the back row of class to the front row, to stand as a proud 4th Dan, Renshi along side the other senior students in the dojo.

In the late 1980’s Sensei Price’s employment relocated him to Colorado for a couple of years, and when he was finally able to return to Florida, the relocation  put him on the other side of the state from Fort Lauderdale (Cooper City), and his karate family.

In 1989 Sensei Price opened his Bamboo Curtain dojo at the Dance Theater Academy in Fort Myers, and had a successful and productive dojo there until 1995, when the time requirements of the “day job’ forced him to close his commercial dojo. During the next seven years, he continued teaching some of his junior students and most of his senior students and black belts at his home dojo in his garage. In 1996 Grand Master Peter Urban accepted Sensei Price as his personal student,
and presented him with the Official Goju Hall # 288.

In 1998 Maestro Urban appointed Sensei Price as the webmaster of his official website, and the UrbanGojuUSA.com web address became the Official Website and Central Point of Reference from Peter G. Urban, and Goju Central. Hanshi Price worked diligently developing the website “just the way that Maestro Urban wanted it”, and through his relationship with “The Maestro”, Price became a member of Urban’s inner circle of trusted reliable students.
In 2004 Sensei Price re-built the website to make it easier to navigate, and re-named the site AmericanGoju.com. In October 2016 he re-built the website one again, in the format that you are seeing now. 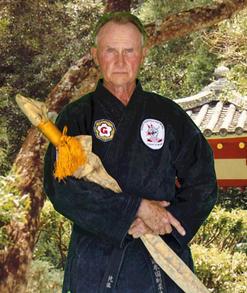 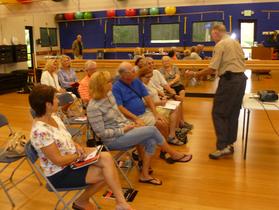 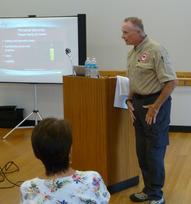 Hanshi Price is the Deputy Director, and a Senior Trainer,  of the United States Police Defensive Tactics Association. The USPDTA specializes in training police, military, karataka, and civilians in Defensive Tactics.
Visit this website at uspdta.com. 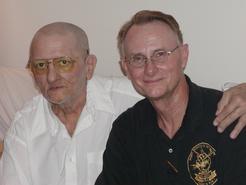 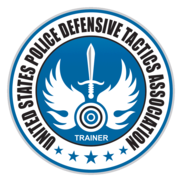 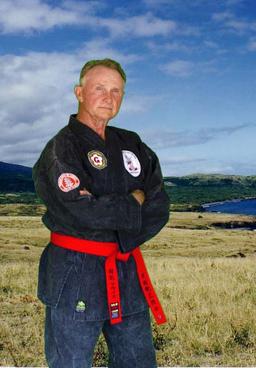 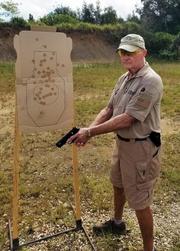 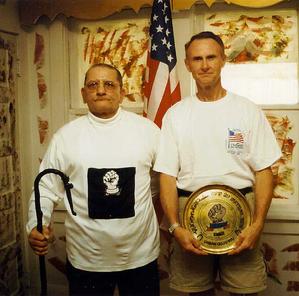 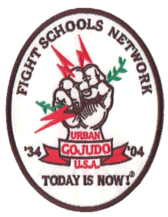 Hanshi Price is a 9th degree Black Belt in USA Goju Karate.
He started studying the Martial arts when he was in his early 30’s.
When work related stress kept mounting, he was advised to pursue some type of physical activity to “burn off” that stress.  A karate class looked inviting because it would be something to burn off the stress, and he would be learning something new as well.
He joined the karate class provided by the local college, and studied Chito Ryu karate for several years. Not long after he earned his green belt, he did what 90% of all new

Hanshi Price  is a National Rifle Association Certified Instructor . He is a Certified Range Safety Officer, a Certified Refuse To Be A Victim, Seminar instructor, and a Certified Pistol, Shotgun, and Rifle instructor. Hanshi Price Specializes in private and Semi private lessons. Teaching the knowledge, skills and attitude necessary for safe and proper firearm use. 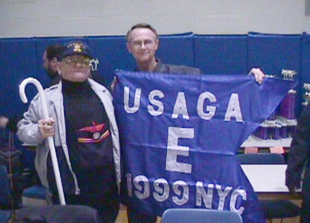 Hanshi Price's highlighted photo history of his 37+ years in the martial arts. 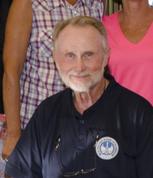