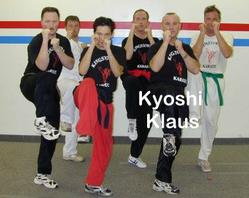 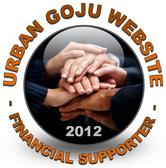 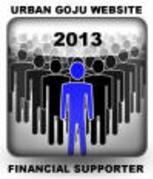 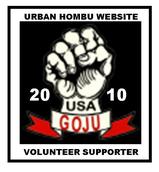 The limited amount of hand-to-hand combat training that he received was just enough to wet his appetite,
and just enough to get him into trouble.  He started his Martial Arts Training in November 1969.   Throughout the 70s he trained in no less than six different Martial Arts schools.  The first three schools were all Korean Arts, and the last three schools were Japanese and or Okinawa Martial Arts Styles.  By 1980, it had taken nearly 10 years (including five brown belts from five different styles of Martial Arts) to finally receive his1st Dan in USA GOJU.

Sensei Klaus has studied under Korean and Japanese native masters...but found his best instructors to be primarily active duty members of the U.S. Navy and Marines.  Much like Sensei Urban...he found the Navy
& Marine instructors to take a lot of the fluff & mystic out of the training. This is where he found the secret (based on the amount of sweat and effort), to being a good Martial Artist was the training!

During the 1980s Sensei Klaus hosted no less than 12 Karate Illustrated "B" rated USA GOJU Martial Arts Championships at NAS North Island CA, San Diego CA, and in MCAS El Toro CA.   Sensei also competed and won a couple hundred trophies and awards, in KATA, KUMITE, SELF-DEFENSE, WEAPONS KATA, and BREAKING.
The mid-80s he started to get involved in training and competing in Full Contact Karate and Kick Boxing matches at various military bases in California, Nevada, and Arizona. Sensei Klaus taught USA GOJU at NAS North Island CA. 1979-1983, at MCAS El-Toro CA. form 1983-1986, and at HQMC Washington DC 1987-1990.  The last part of the 1980s
and early 1990s Sensei was traveling a lot back and forth to the Persian Gulf, and although his teaching time was limited, his training was always completed and on target.

In 1988, Grand-Master Urban promoted Sensei Klaus to 8th Dan, "American Marine USA GOJU".
In the early to mid 1990s he trained in Kung Fu and Full Contact sparing with the North American Chinese Martial Arts association, and during tournament competition, he was often chosen as the center judge because of his fair, honest, and un-bias judging.

Sensei's passion is training with his private students. These students train 3 times a week during a 3-hour training period. They are dedicated students who understand and appreciate the work and effort that it takes
to make an Accomplished Martial Artist. 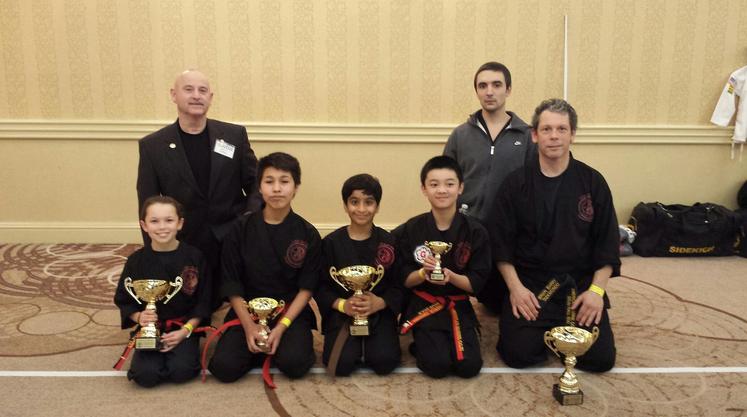 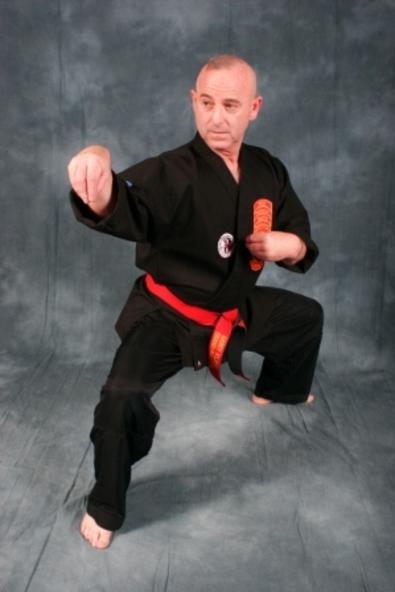 January 2015, at Tae Kwon Do World Champion John Chung's Tournament in VA.  All students competed in Self-Defense. They came home with three 1st paces, and a 2nd and 3rd place in Self Defense. Each division had at least 11 competitors.  One of Hanshi's senior black belts took 2nd place in kata, 1st place in Point Fighting, and 1st place in contentious fighting. 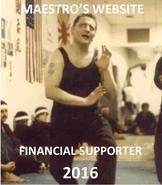 In June 1968, and at the young and impressionable age of 17, The now retired Lt. Cl. Klaus entered the Marine Corps boot camp at MCRD-San Diego, CA.