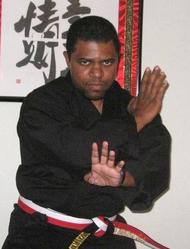 November 18, 2013 - A recent interview with Renshi Diaz:
Webmaster: "Congratulations on your promotion to Godan 5th degree.
In what activities are you currently involved that are advancing the martial arts and the practice of USA Goju?"

​Renshi Diaz: "I have been selected to be a member of the USA Martial Arts Team with coach Kyoshi Donna judge.
Its an Olympic hopefuls team, and we will be competing at the World Games to be held this coming September in Richmond, BC Canada. http://usmateam.org is the official site for our team. Currently we are all looking for individual and team sponsorships to help us make it there. Our team is in two parts: the South Eastern branch is based out of Sarasota headed by kyoshi Donna Judge. The other branch is in Illinois, headed by head coach Alberto Friedman. An article on the games are here
http://www.wmagc.com/2013/04/23/richmond-bc-canada-will-host-the-1st-tafisa-world-martial-arts-games/
The previous world games last year was held in Germany, where one of my students, Robert Galipo, won two Gold Medals and a Silver Medal (Kata, won with empi ha, point sparring and continuous fighting). Because of how we was trained, I was invited to tryout last year, and made the team. No I'm doing cross fit and boxing on top of the monthly team training in Sarasota Florida.

Webmaster: " Congratulations on your being chosen for this prestigious team. Best of luck with your training and competition in Canada. I'm sure that your Goju brothers and sisters are equally proud of you as well. Oss!" 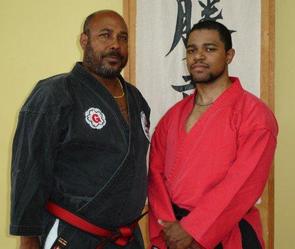 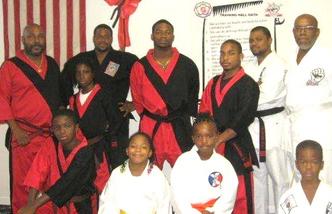 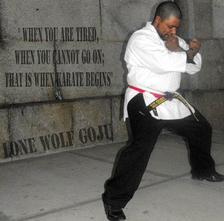 In 2004, Sensei Diaz had Competed in the US Open, and had Impressed the judges so much that they had personally congratulated him afterwards and was informed he would  shown in clips of the Discovery Channel Documentary “Extreme Martial Arts” performing  Kooroorunfa (http://www.youtube.com/watch?v=aaNBhpuQDpU) .

In 2005 in an effort to improve his understanding of the Anatomy and body mechanics to improve his abilities as a practitioner and instructor of martial arts, Sensei Diaz enrolled into Florida College of Natural Health, Graduating with a Associate of Science Degree in both Massage Therapy and Personal Fitness training in 2007.

Sensei Diaz has also trained in several other arts throughout the years, such as Machado Jujitsu, Olympic Judo under the Rusty Kanokogi (deceased), Ninjitsu and Kung fu.

Sensei Diaz was previously one of the Head instructors of Dunnellon Dragon Martial arts, Located in Dunnellon Florida.
He now operates his own school located in Clermont, Florida.