Urban's Fight Schools Network
​One of the Dues paying "Good Guys" who does the right thing in the traditional way.
Urban Loyalists who lead by the consent of the governed.
​

In 1964/1965 my training partner had gone to Honda Martial Arts equipment in NYC (when they were in the basement) to purchase our gi’s. When he returned. he showed me what he had purchased along with some photos. One of those photos was of this Karate Sensei, Peter Urban. He was in a stance (from Sesan kata). All dressed in Black, and those incredibly huge knuckles it was just an awe-inspiring sight. 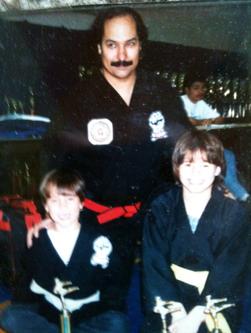 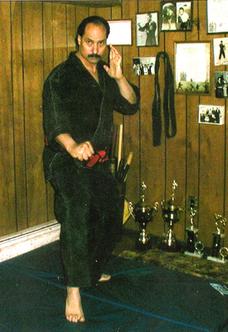 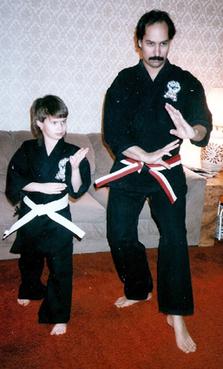 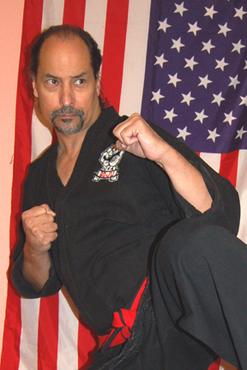 I took that photo and it went on my wall and I remember saying “WOW” he is powerful and one day I will train with him. Later on my father took us to a Karate tournament at the Manhattan Center in NYC, Sensei Gary Alexander’s. Sensei Peter Urban’s Drill team were performing, everyone dressed in black gi’s, Sensei hitting this drum and every student performed to perfection not missing a beat as they performed their katas. Then to end it all Sensei runs across the stage throwing broad into the air one at a time and smashing them with his right hand then his left, he then had his students throw the boards into the air and he smashed them as well. He called it “Skeet shooting”, that was just incredible to watch.  I knew that someday I would train with him but at that time he was teaching in New Jersey. The tournament was won by Louis Delgado who beat Thomas La Puppet. The photo that inspired me appears on Maestro’s “Bionic self-defense video. And my dream to train with Maestro came to be. OSS!